The fact that whales sing is widely known at the latest since the success of whale biologist Roger Payne’s LP “Songs of the Humpback Whale”, issued in 1970, which was euphorically received by the New Age movement. The songs of the mouse, however, are by far less famous. During her research, Evgenija Wassilew came across recordings of ultrasonic songs used by mice for conspecific communication and courtship. Employing ethological methods, the artist attempted a “translation” of a wholly new sort: she converted whale songs to match the auditory range of a mouse and recorded the latter’s ultrasound reactions. A scientific method with which researchers usually study communication among individuals of one species was thus transferred to a utopian, romantic-absurd dimension.

The title of the work is not only reminiscent of the mysterious quality of Latin taxonomic names, but also refers to medieval mystical songs. “Melos” means “song” in Latin, or “song line” in the sense of readable written music.

At the Institute for Comparative Zoology, excerpts from the songs are presented together with documents from the artist’s research. Among them are correspondences with whale biologists and early evidence of singing mice dating to the 19th century. The text excerpts throw light on the art of song from various perspectives. Nevertheless, humans, tied to their subjective position, will never be able to fully account for this phenomenon. 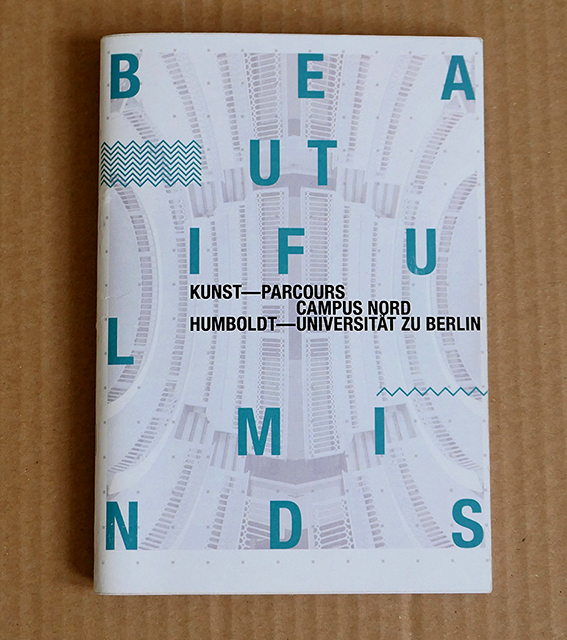 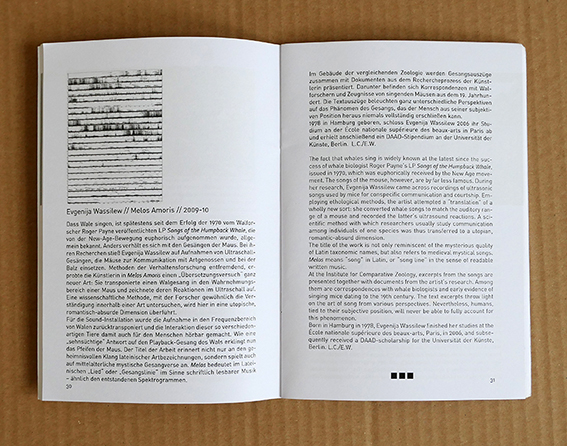